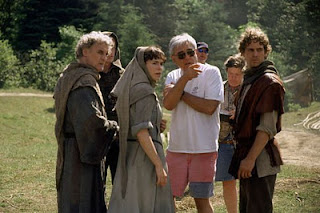 A film enjoyed by all members of the Blackwell family is the adaptation of Micheal Chricthton's novel Timeline, featuring historians sent back to 1357 France. What strikes us everytime we watch the film is how much better the characters all look in their mediaeval garb versus modern. After watching them for most of the film dressed as mediaeval peasants, they look rather like "bums" in the final scene where we see them back on their archaelogical dig.

Here is another good shot of their mediaeval garb: 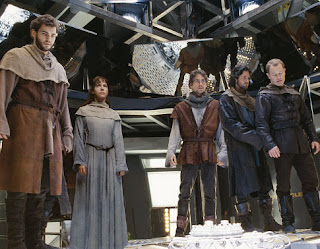 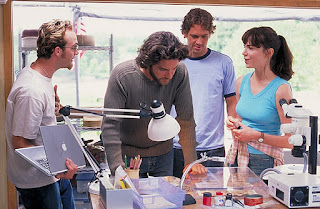 The change (for the worse) in women's clothing over the centuries is the most striking. Another example snapped by Godfrey at the Tower of London offering further proof of our thesis that even the most basic peasant clothing of the mediaeval period was more gracious, dignified, and even functional than what we must wear today: 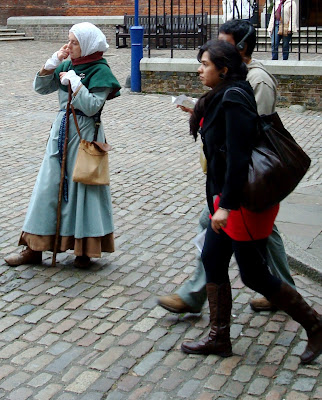 Now someone's sure to ask me what solutions we have to offer. Our answer: the tag on this post is "musings", not "answers"! In seriousness though, while we may have a certain affinity for the past, we cannot relive it. But maybe we can get some ideas.
Posted by Swords and Space at 06:00

Email ThisBlogThis!Share to TwitterShare to FacebookShare to Pinterest
Labels: Musings