It was morning, and Mr. Jhon's wife was having a baby. Jhon had not enough money to buy land, animals, and a dog to run a farm. So Jhon had no choice but to work as a gong farmer.

Jhon kissed his wife goodbye, took his wagon, and was on his way to work. As soon as Jhon reached the mess of poop there was a cloud of flies. They did not bother him as they feasted on the smelly mess of all messes.

"Well, they will leave me alone so I can work in peace," said Jhon.

But just then a huge lump of poo fell on Jhon's hat and some of his and and the flies came and bothered him the rest of the day. At the end of the day when Jhon came home he saw his wife cooking his favourite underwear and said "I'm sorry dear but there was no money for bacon so I had no choice."

Jhon loved his wife and would never be cross with her so he ate what was given. But as soon as Jhon went to eat his food, the poo fell of his hat and fell onto his fork.

"Calm down, it was just poo from my hat," Jhon said.

For months Jhon persevered in his disgusting job, but finally one came home to tell his wife that he was not going to spend another day being a gong farmer. But when he came home he saw her holding their newborn son. And she told Jhon that a messenger came with a bag of money from the lord for his work as a gong farmer. So Jhon had enough money to buy a farm and they lived happily ever after. 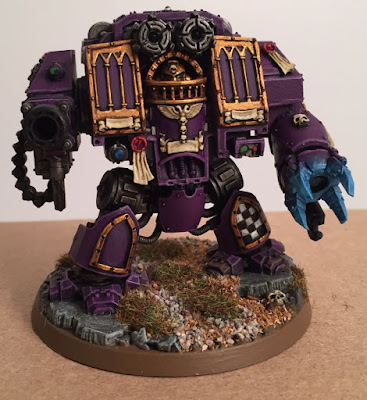 Probably my favourite model that has never actually been used in a game! I think maybe we need to do one this weekend just so it can see some use.
Posted by Swords and Space at 06:00 1 comment:

War. War was unceasing in the kingdom of Predolva. For over 2 months the war against the Dominion of Redaroth. Neither side seemed to gain the advantage until the Battle of Agin Court, were skilled Predolvian Knights routed Redothian archers and infantry. As the Prelovians advanced to take the Castle le Noter, they ran into a problem. They were short on manpower. To solve the dilemma the Predolvians began to conscript peasants into the army.

Garm the Gong farmer, unlike his neighbours gave little protest of being drafted into the military, after all it was probably going to be a better job than standing neck high in poo cleaning out the the clogged drains. And with a war in their hands, people had bigger problems than worrying about plugged toilets.

It was not long when Garm arrived at the front, just in time for the siege of Castle le Noter. From the begin the Predolvian attack was full of setbacks as the Redothian garrison fought back with arrows, spears, stones, boiling oil, and even their own messes.

Now after a few days Garm was starting to wish he never had joined the army as he had caught dysentery and was having horrible diarrhoea problems. Then he had an idea, if he was able to lower the drawbridge of Castle le Noter, maybe he would be rewarded and sent back home.

Garm jumped with joy but stopped himself. He had to get inside the Castle, how? Then it hit him. He could climb up the guard robes! He was after all a Gong farmer.

Under cover of darkness, Garm leaped into the moat and began to climb up a pipe of one of the guard robes.

He was only in for a couple of seconds when he heard a fffffffttt sound. Poo came tumbling down the pipe onto his face but he continued. Two minutes later he heard a ppppphfft sound and even more number 2 came falling, SPLAT onto him. After grumbling to himself he continued. He was not more than 10 feet near the top when he heard someone groaning then a pppppppppsfffft sound. This time a ridiculous amount of diarrhoea fell onto him.

Now you must understand that he was a Gong farmer and was used to that stuff and didn’t flee like any other sane person would do. However this was far too much for Garm who lost his temper.

The soldier who had been relieving himself raced out of the room yelling “Help! Help! Sound the alarm! Help!”

Garm drew his muck covered sword and cased after the fleeing soldier. He raced out of the guard robe only to come face to face with three Redothians.

Although the outnumbered him they were hesitant. Garm was covered in that slimy ooze and even his touch would be deadly as no one wants to touch that… stuff. Despite this they threw them selfs at him. Garm clumsily swung his sword, sending poo flying in all directions, most of it landing on the three Redothians, who screamed and retreated down the hall to find something to clean themselves.

As Garm walked down the hallway, felling pleased with himself, he found a sealed barrel full of the stuff he was covered with, obviously meant to be used against the Predolvians. Thinking it would come in handy, Garm took it with him.

Garm reached the gate house with little difficulty, as everyone he encountered fled from him. Garm waisted no time raising the drawbridge.

“I did it!” He thought to himself, but we all know of speaking too soon. And is exactly what happened to Garm.

Two dozen soldiers started to charge up the stairs toward Garm, ignoring the stench. One over confident Redothian lunged forward, tripping on the barrel of steew. The soldier yelled as he tried to balance on the barrel as it rolled down the staircase. The other Redothians fled but in vain, as soon as the barrel hit the floor it shattered into a zillion pieces, spraying the soldiers with the mess. The soldiers yelled and fled.

Garm thought of(or at least he thought) another bright idea. Since everyone feared him, maybe he could take over the Castle himself.

Captain Ramathon was furious when he heard of the failure to secure the gatehouse. He quickly called forth his archers, and gave them their orders.

“Hunt the intruder down and shoot him dead!”

It wasn’t long before the the archers found Garm and began to shoot at him, with some well… bad aiming (they were in a rush after all).

Now remember how Garm had dysentery, well when he left the Gate house he needed to go bad and did his business in a quiver full of arrows. Garm, thinking it would be useful, brought it with him along with a bow.
When the archers sent their arrows flying towards him, he pulled out an arrow and sent his distasteful regards at them. Garms shot was so weak it would have been unable to penetrate leather. However it sent diarrhoea flying toward the archers splattering all over them. The archers who were hit let out a scream and fled, the others followed suit as they observed Garm putting another arrow into his bow.

Ramathon turned redder then a tomato when he heard of this. Ramathon decided that this time he would lead the attack himself. The soldiers which he lead marched in a neat column with hearts a-glowing feeling that the day was won. Until they saw Garm, who (feeling confident) rushed them. The soldiers attempted to withdraw but Ramathon pushed them from behind.

A fierce struggle ensued were Garm randomly sung and punched into the masses of troops who ran from the muck he was covered in. Eventually the fight lead into a room were a dozen soldiers took their chance to flee. The others were running up curtains out of widows, anywhere out of reach of the stinky mess.

Garm grabbed a hunk of poo and threw it at Ramathon. The Redothian Captain decided to lower his visor to avoid getting hit in the face, not knowing that the stuff Garm had thrown had hit his open visor! Too late! SPLAT! The slimy ooze hit Ramathon in the face! To make matters worse a soldier knocked him over and stepped on his helmet, busting it, leaving the Captain unable to open the visor or take the helmet off.

Garm told Ramathon that the would take off the helmet if he surrendered the Castle. Ramathon quickly agreed, and so the mighty Castle le Noter was captured by a single Gong farmer.

THE END
Posted by Swords and Space at 06:00 No comments: 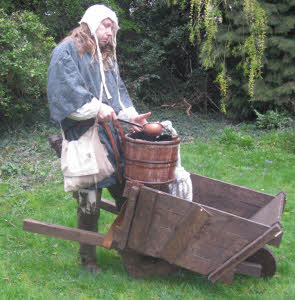 Starting this Friday, we'll be running another series of stories from a "themed writing challenge". After doing some "heavier" themes like the "#2 Hits The Fan" series, we wanted to go with something a little lighter and maybe a bit comedic. And there's nothing young writers find more hilarious than toilet humour so we settled on stories that involve a "gong farmer".

What is a gong farmer you ask? Here's Wikipedia's definition:

Gong farmer (also gongfermor, gongfermour, gong-fayer, gong-fower or gong scourer) was a term that entered use in Tudor England to describe someone who dug out and removed human excrement from privies and cesspits. The word "gong" was used for both a privy and its contents.

I am noticing a pattern involving eschatology ... I suppose it is unavoidable. We got the idea from the wonderful book Castle Diary: The Journal of Tobias Burgess.
This should set the scene for our dear readers. So brace yourselves for Friday!
Posted by Swords and Space at 06:00 No comments:

Email ThisBlogThis!Share to TwitterShare to FacebookShare to Pinterest
Labels: History 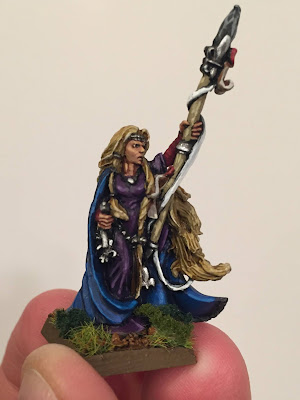 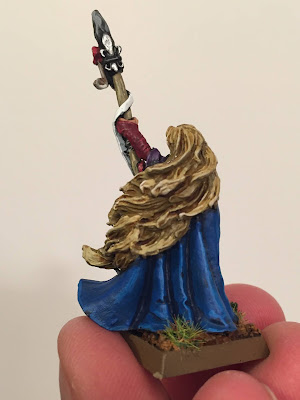 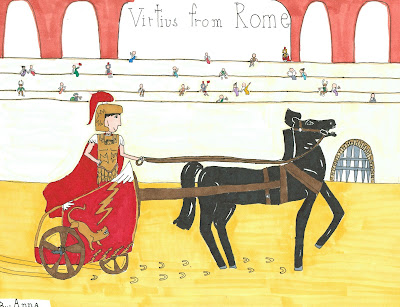