By James Blackwell and Godfrey Blackwell 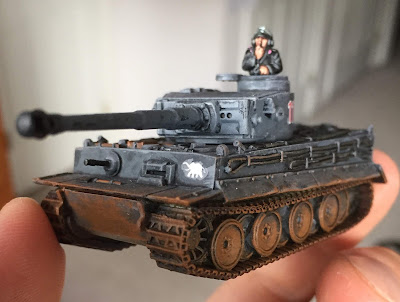 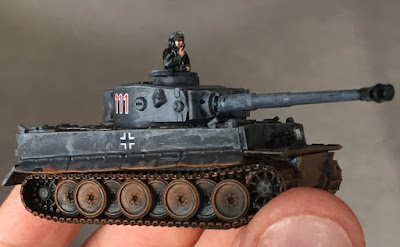 Tank body and weathering by James, tank commander by Godfrey.
Posted by Swords and Space at 06:00 No comments: 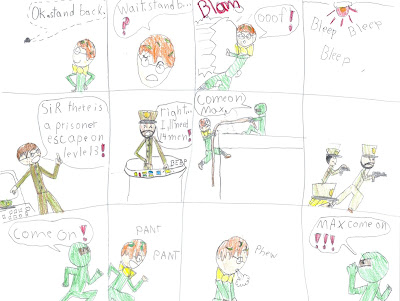 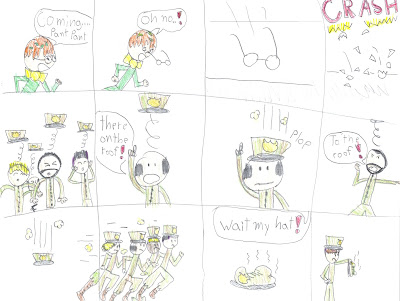 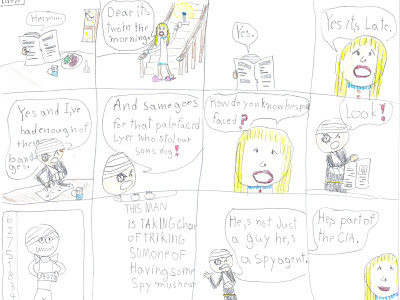 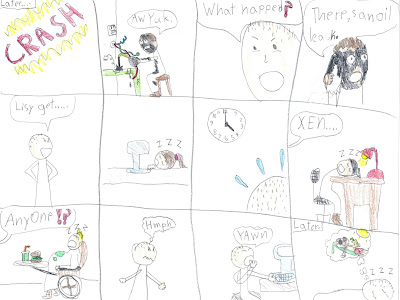 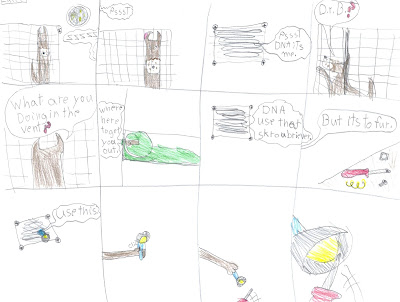 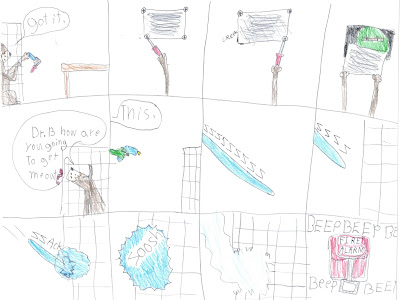 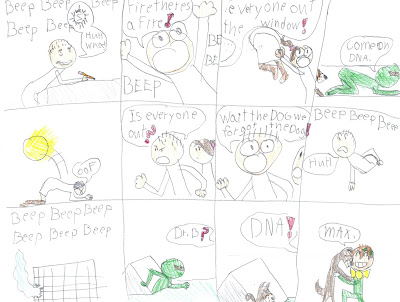 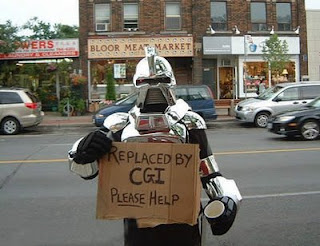 ... well, sci-fi movies, at any rate. I remember when C.G.I. was making its first appearances (I think around the time of Terminator 2 and Jurassic Park) I was rather excited, thinking that there would be a lot more science fiction movies produced because it would be cheaper/easier to do so, and that this would be great for fans like me. Well, I suppose I wasn't completely wrong, but when I look at all the dreck out there these days, I certainly wasn't right.

Even today, 20+ years after the first "photorealistic" C.G.I. creatures of Jurassic Park and Babylon 5's space station, C.G.I. still, largely, looks totally fake and stupid. My children have been watching Empire Strikes Back over and over and over lately, and the ships in that (1980) film, or how about the Aries 1B Earth-Moon Shuttle from 2001: A Space Odyssey (1968!) look far more convincing than, say, the ship in Avatar (2009) that transports Sam Worthington to Pandora. 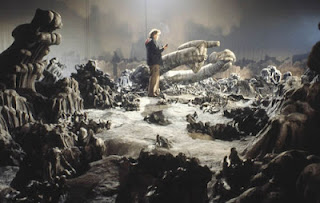 This also applies to scenery and human battlescenes -- consider the future war scene from Terminator 2 which unlike the T1000 was all models, Animatronics, and "practical effects" (they actually flip the truck, for example). By 2003 with Termintor 3 we got a whole platoon of risible cartoons walking stiffly down a hill. Or even the battlescenes in the Lord of the Rings films, which was probably some of the best C.G.I. I've seen -- it still looks fake because it is.

The battlescene in T3 starts at about 2:25 of the clip below: 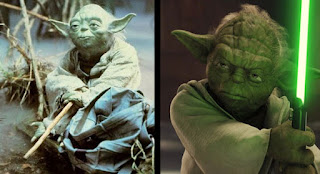 And the list goes on -- guys in rubber suits (Alien in '79/Aliens in '86) make for way scarier xenomorphs than the C.G.I. nonsense in Alien Versus Predator.

The thing is, if I had the wherewithal to make a film, all I'd have to do is wander down to the local gaming store and hire all my fellow Warhammer geeks to build and paint-up a whole mess of scenery and vehicles. With less than the cost of one scene of C.G.I., they could whip-up a whole galaxy worth of stuff. Now, maybe there are some union issues or something, but C.G.I. just strikes me as the lazy film-maker's way out and it has led to poorer filmmaking. In the old days they had to actually use their heads and get creative, now they just use computers.
Posted by Godfrey Blackwell at 06:00 No comments: 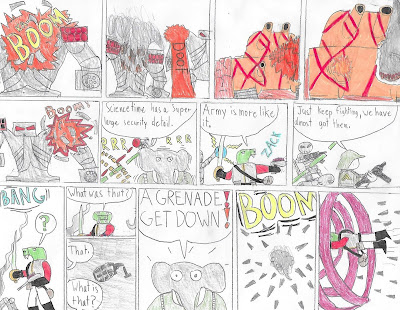 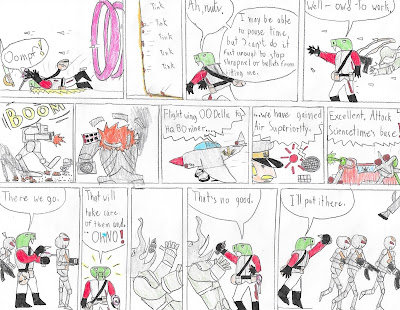 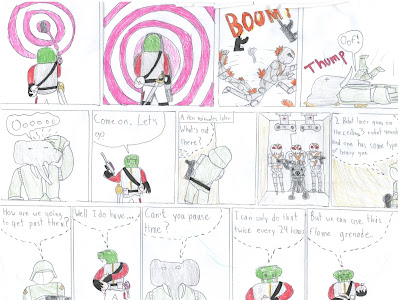 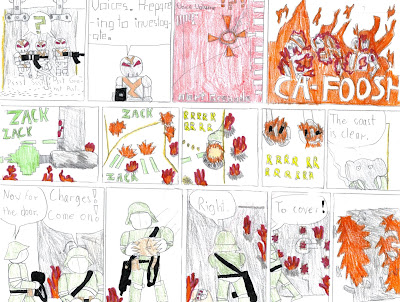 Posted by Swords and Space at 17:26 No comments:

Godfrey's Thoughts on the Battle of Endor 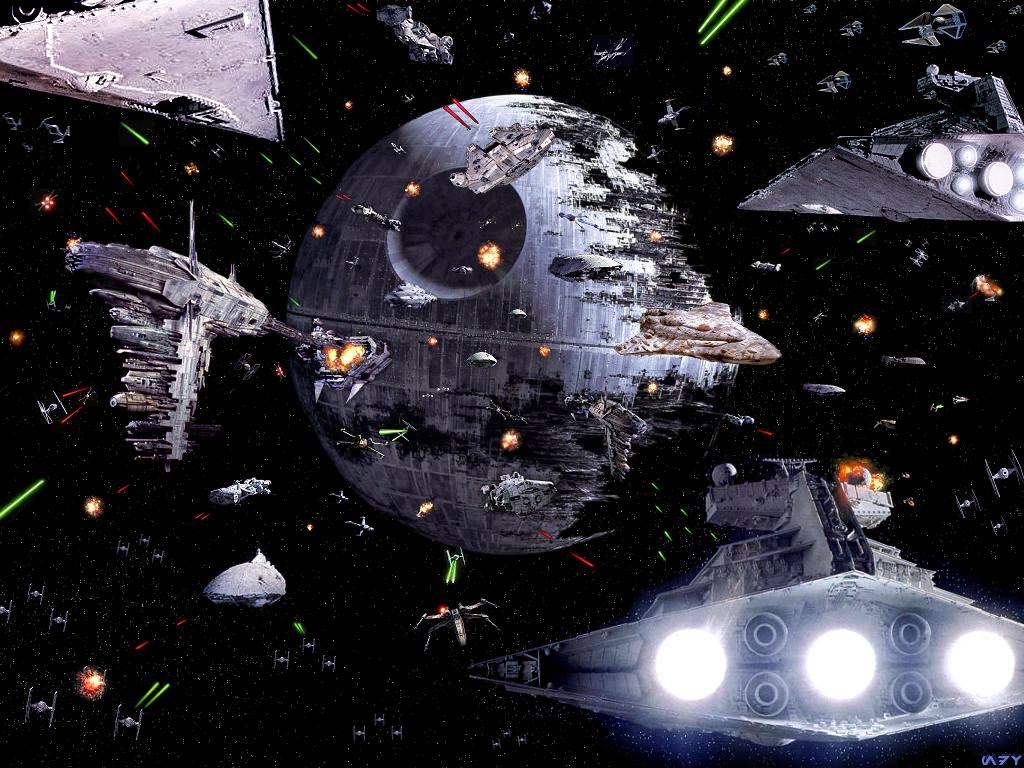 Well, thanks to the magic of iMovie and the ability to guard my children's eyes from the outrageous Princess Leia slave costume, my children were initiated into Return of the Jedi a few months ago (after asking me for years when they could see the conclusion of the trilogy). Re-watching it with them, I was reminded of the rather abrupt end to the Battle of Endor.

I always wondered where the heck the entire Imperial fleet vanished to after the Death Star blew up. It's pretty obvious from the film that they still heavily outnumbered the rebels and could have easily crushed their puny fleet.

But as I thought about it some more, aside from how fast they took off, it's not totally crazy. Morale and leadership is a huge part of warfare and there are countless episodes in history where vastly superior forces managed to snatch defeat from the jaws of victory because they basically wimped out. Off the top of my head, the most obvious example I can think of is almost any battle of the War of 1812. Take the capture of Fort Detroit, for example. Sir Isaac Brock on the Canadian side had about 1000 troops, only 300 of whom were regulars. The American fort was garrisoned by 600 regulars and close to another 2,000 militia. But by being bold and preying on the fear that the American general had of the Indians, Brock took the fort with only two wounded. Even the Battle of Queenston Heights, where Sir Isaac Brock was killed early in the fighting, ended up a British/Canadian victory due to the timidity of the American generals.

So, when we consider that the Imperials just watched their prized flagship blow up (for unknown reasons -- no idea how the bridge blowing up would suddenly make it fly into the Death Star) -- and then seeing their prized super weapon carrying the Emperor evaporate, it's not too much of a stretch that they would lose their nerve and decide to fight another day, especially if the next officer in the chain of command was timid or otherwise not a great leader (conceivable since Darth Vader seemed to choke out the better officers who could think for themselves or had honour).
Posted by Godfrey Blackwell at 06:00 No comments:

By Albert Blackwell (drawn a few years ago but we can't remember exactly when, circa age 11) 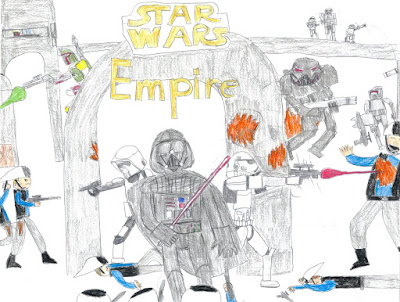 Posted by Swords and Space at 17:08 No comments: 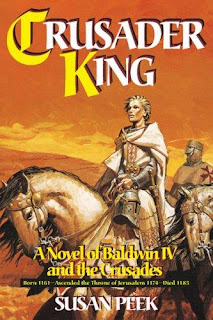 Title: Crusader King: A Novel of Baldwin IV and the Crusades
Author: Susan Peek
Publisher: TAN
Godfrey's Rating: 4 stars (out of five)
Summary in a Sentence: [An] historical fiction novel about the unusual life of King Baldwin IV of Jerusalem, the leper crusader king who - despite ascending to the throne at only 13, his early death at 24, and his debilitating disease - performed great and heroic deeds in the face of seemingly insurmountable odds. Teenagers and avid readers of all ages will be amazed at this story and be inspired by a faith that accomplished the impossible (from TAN Books' description)

This novel is geared towards teenagers and certainly reads at a lower level than my usual fare. Nevertheless, I must recommend it as a very well written tale about Christian virtue. I was inspired to study the life of King Baldwin IV after reading this novel, and overall it is reasonably historically accurate although a fair bit of artistic license is taken (as admitted by the author in her afterward). As a novel I found it highly enjoyable, full of great characters and stirring events. King Baldwin's heroic actions despite being afflicted by Leprosy and his quiet resignation to the Will of God is truly inspiring. The depiction of the Battle of Montgisard is one of the greatest scenes I've read, where the king prostrates himself before the True Cross and begs God to save his kingdom as his army of 300 faces Saladin's army of nearly 30,000 (as portrayed in the novel -- historical sources vary and some of them do offer the 100:1 odds, but others but it at closer to 10:1). The friendship portrayed between King Baldwin and his childhood friend Theodore is purely fictional, but an excellent study in a true Catholic friendship.

This is definitely a book I would recommend for any parents with teenage sons. Even adults will enjoy this book, I think. At any rate, it is a quick read -- I read it in between three or four hours total. It is a fairly light book, and therefore I don't have anything particularly deep to say about it. It's just a good, solid, Catholic book which is especially good for kids. I'd give it an 4 stars on my scale of rating.
Posted by Godfrey Blackwell at 06:00 No comments: