Why Science Fiction/Fantasy is the Best Genre 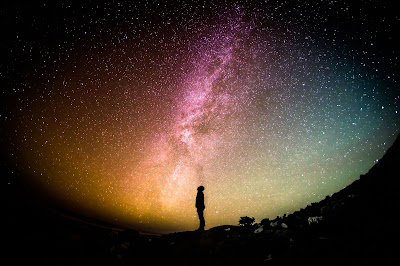 “All novels are fantasies. Some are more honest about it."


After the better part of a year, I figured some justification should be offered for this site's very existence, since many look down on science fiction/fantasy as “low brow”, “childish”, or “disconnected from reality”. It is none of these things, or at least, no more so than any other form of fiction. And it has many advantages unique to it which is why (aside from being a nerd) I love the genre and have little interest in writing outside of it.

I should also point out that I can't say ALL science fiction/fantasy is great. That is absolutely NOT what I'm saying. On the contrary, the names of titles to be avoided are legion. A perusal of the annual anthology The Best of the Best Science Fiction and Fantasy might lead one to believe that perversity and blasphemy are the norm in contemporary science fiction. And this is true to a degree, which is why I generally prefer older works, and that which is published here on Swords and Space. But when science fiction and fantasy is good, it is the best, and, unlike other genres, it is more frequently "permitted" to be good (in my opinion)

The ills of modern literature are not unknown to science fiction/fantasy. However, the genre’s marginalisation means that "mainstream" and "LitFic" authors don't write it, and the "respectable" critics don't read it. To a degree this is true of any genre fiction (since it's all looked-down on by the LitFic crowd) but I think it may be moreso with SF/F. It also seems to be slightly more acceptable to portray religion or introduce religious themes into such works (to my astonishment, Ad Astra featured astronauts praying to St. Christopher, for example).

It is also possible to give a positive gloss on tradition, because the societies being portrayed are generally not Christendom or its remnants. This is also true in more mainstream works that deal with non-European cultures, but in science fiction/fantasy one can encounter civilizations more familiar and reminiscent of Christendom which would be verboten elsewhere. In science fiction and fantasy, the battle of “good versus evil” is not considered passé, but is rather a standard element.

The Mythic Sagas of Our Times

The classical pagans’ epic myths and the mediæval chansons de geste, with their superhuman characters, extraordinary events, and supernatural intercessions would be classed as science fiction/fantasy if written today, in my opinion. While the great works of antiquity such as the Aeneid, the Illiad, The Song of Roland, &c., are mandatory reading for any man, something more contemporary can an easier read and -- dare I say -- more “relevant” to specific issues of our own times. And it is to good science fiction that one can look if he seeks the grandeur, the sense of wonder, and lessons on humanity, that is present in the classics.

This is why, I believe, Lord of the Rings is the best selling novel of all time. It simply would not be possible to write such an epic work in any other genre.

Use of Analogy and Extrapolation

Which brings me to the third benefit of the genre; the creation of completely foreign places (and, indeed, worlds) gives a different perspective to the reader, and allows for especially effective use of analogy and extrapolation. It is one thing to read about why totalitarian governments or the modern world are bad or headed in the wrong direction. It is another thing entirely (and a much more powerful thing) to experience those horrors via science fiction works like 1984 and Brave New World. While other genres can do this well, science fiction and fantasy can take it to new levels by examining things that haven’t happened yet (or could have, but didn’t).
Posted by Godfrey Blackwell at 06:00