Léon Degrelle, the Inspiration for Tintin?

The Adventures of Tintin comics are a staple around the Blackwell household, universally loved by all clan members. Some years ago, Catholic World News ran an article quoting the newspaper L'Osservatore Romano on the topic of the forthcoming Steven Spielberg movie "The Adventures Tintin", describing the title character as “a knight without a stain”. Although the young journalist-hero is not overtly religious (in either the comics or said film), L’Osservatore quoted at length from a French critic who sees Tintin as an examplar of Catholic virtues.

This "French critic" may be onto something since the inspiration for Tintin was the Catholic politician Léon Degrelle. Although Tintin is not a politician or soldier, I believe he is based on Degrelle during his years as a journalist-adventurer most notably covering the Cristero War in Mexico. Hergé, the creator of the comic-book character met and befriended Degrelle in Belgium in the 1930s during the latter's political crusading days.

Degrelle himself supported my theory in his memoirs (which can be downloaded here: http://www.jailingopinions.com/tintin.pdf (in French)).

Hergé subsequently denied that he based Tintin on Degrelle, maybe due to the fact that Degrelle was villainised as a "collaborator" after WWII. Degrelle had, after all, volunteered to fight against the Bolsheviks in first the Wehrmacht then the SS on the Eastern Front. That's a whole can of worms that I'm not going to get into right now. But in further support of my belief that Tintin really was based on Léon Degrelle the similarities in appearance are rather striking ... 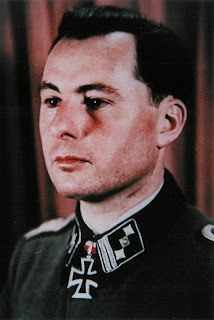 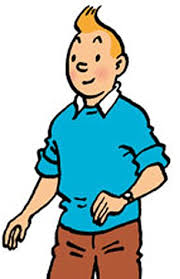 The similarities to the CGI version of Tintin in Spielberg's rendition seems even more striking to the photos of Degrelle: 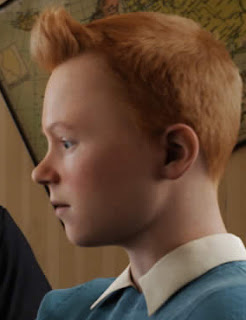 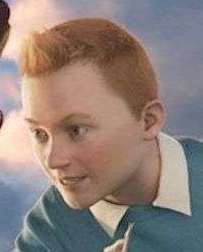 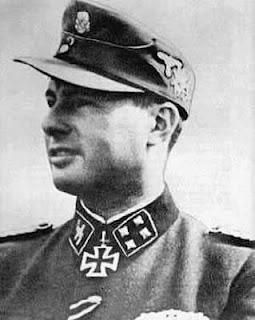