By Godfrey Blackwell
This week we're going to be kicking-off some steampunk-themed posts including a series of stories over the next few Fridays, so I thought it would be good to share a piece from an aborted (but very fun project) I started then stopped (for good) a few years ago. The model is actually mostly Victoria Miniatures "Victorian Guard" parts with some Games Workshop "bitz" (robotic arm and gun are Adeptus Mechanicus pieces).
This model was a boatload of fun to model and paint and I did model up a full squad before realizing it was not realistic to build an army of these guys. However, the "New 40K" has expanded options for small games so I should finish the squad for such small games. 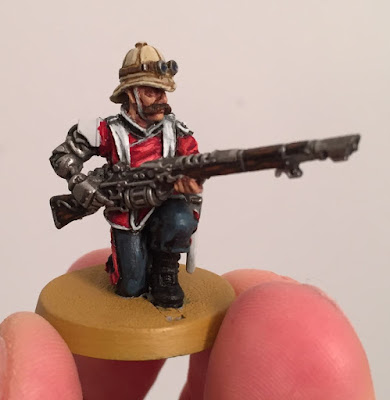 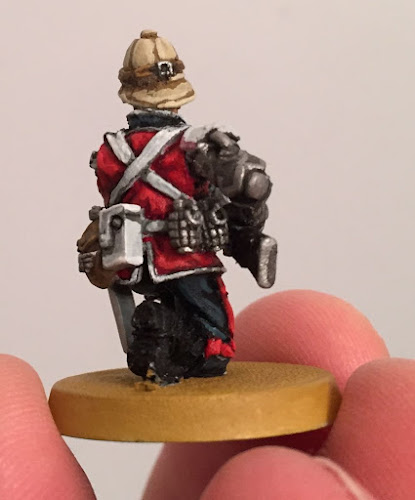 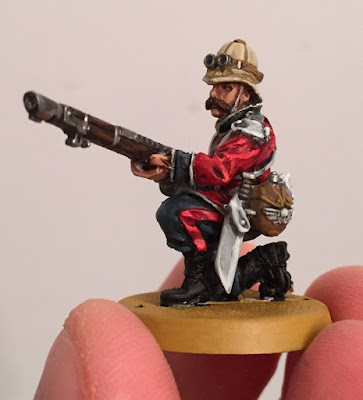